Recently three of our high-profile AFL clients were chosen as the all Australian footballers of 2020. If you do not know what this is, The All-Australian team is an all-star team of Australian rules footballers, selected by a panel at the end of each season. It represents a complete team, including an interchange bench, of the best performed players during the season, led by that season’s premiership coach. It is an exclusive club to be apart and a feather in anyone’s cap if chosen.

Brad Sheppard (West Coast Eagles), Luke Ryan (Fremantle Dockers) and Lachie Neale (Brisbane Lions) and were selected by a panel of experts to be chosen as a best in the field. Luke & Brad playing in defence and Lachie being a midfielder.

We have suited up both Brad and Lachie for events for over 4 years and Luke Ryan who is a fresh face to come into Suit Vault for just over a year. They are all regulars into our Subiaco store, Lachie (although currently living in Brisbane) still chooses to come into the store when he is in Perth on holidays. We will show you some of the styles they have chosen to hire from Suit Vault in the recent years. 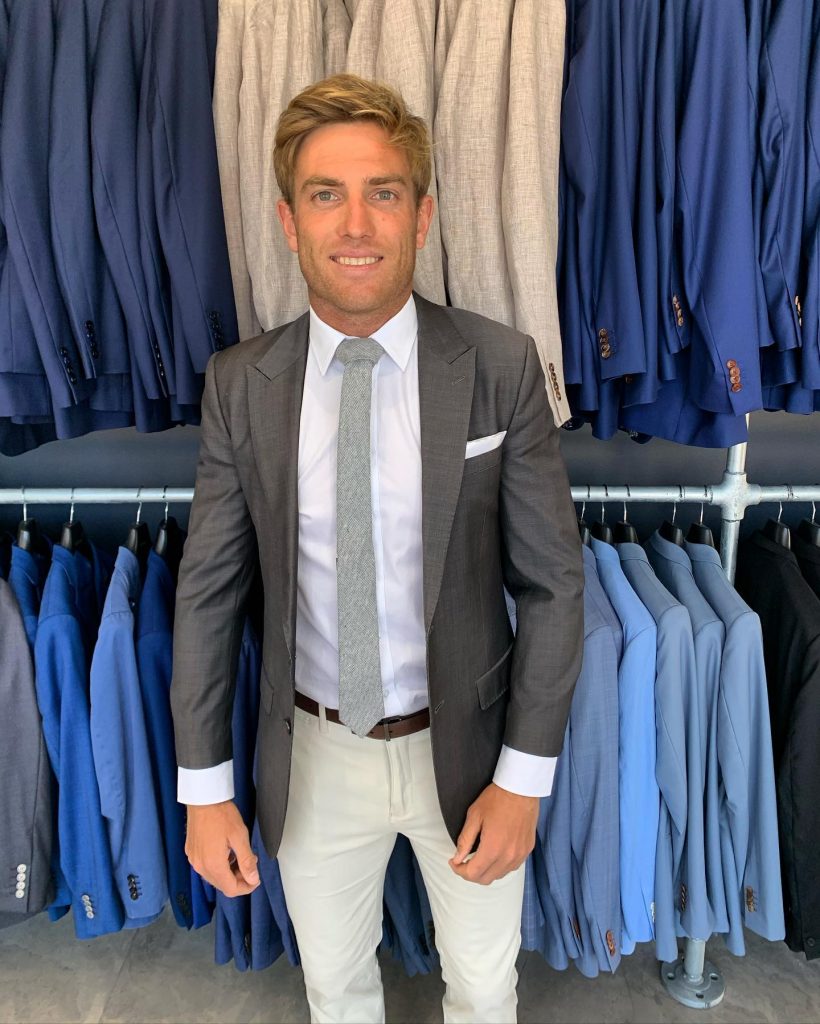 Brad has been a supporter of Suit Vault since as early as 2015. He has chosen to hire tuxedos typically for the West Coast Eagles best and fairest awards and also other black-tie events throughout the year. As he is an ambassador for Perth racing, we have also had the pleasure of suiting him up for events held at ascot racecourse in the spring carnival season. Brad as also chosen to hire suits to take away with him to be worn at the Melbourne Cup and other east coast racing events over the years too. He also enjoys hiring blazers and chinos for these events though he does still like to hire a suit be it navy with a check throughout it. 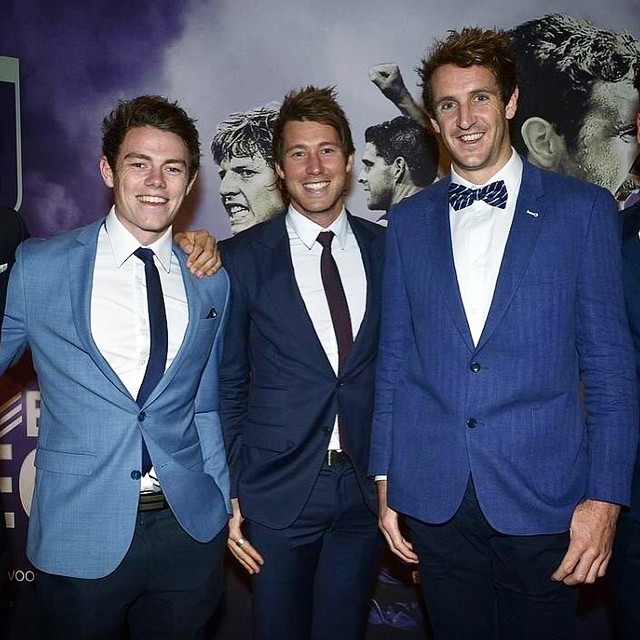 Lachie was one of our original high-profile AFL clients. Lachies most recent visit into Suit Vault was in January this year for a black-tie wedding held in the Margaret River region. He chose to hire a black-tie look being a black suit, white pocket square, shirt and tie which fits in with the dress code. We also chosen this suit to compliment his wife Jules floral dress she had planned on wearing. In the past when he was playing for the Fremantle football club (prior to departing to Brisbane) he had chosen to hire dark blue suits and also going for a two-tone suit look that is when the jacket and trousers are mis-matched giving it modern twist to the suit style.

Luke came to us late last year as he like Brad Shepherd are ambassadors for the spring carnival season for Perth racing. Luke also owns a share in a few horses so he frequents the racecourse in different styles of suiting never one to choose a dull look. He had chosen to hire a light check calibre navy suit for a day out at the races. He also chosen to hire a mid-blue suit with a faint pink check complimented with brown shoes. 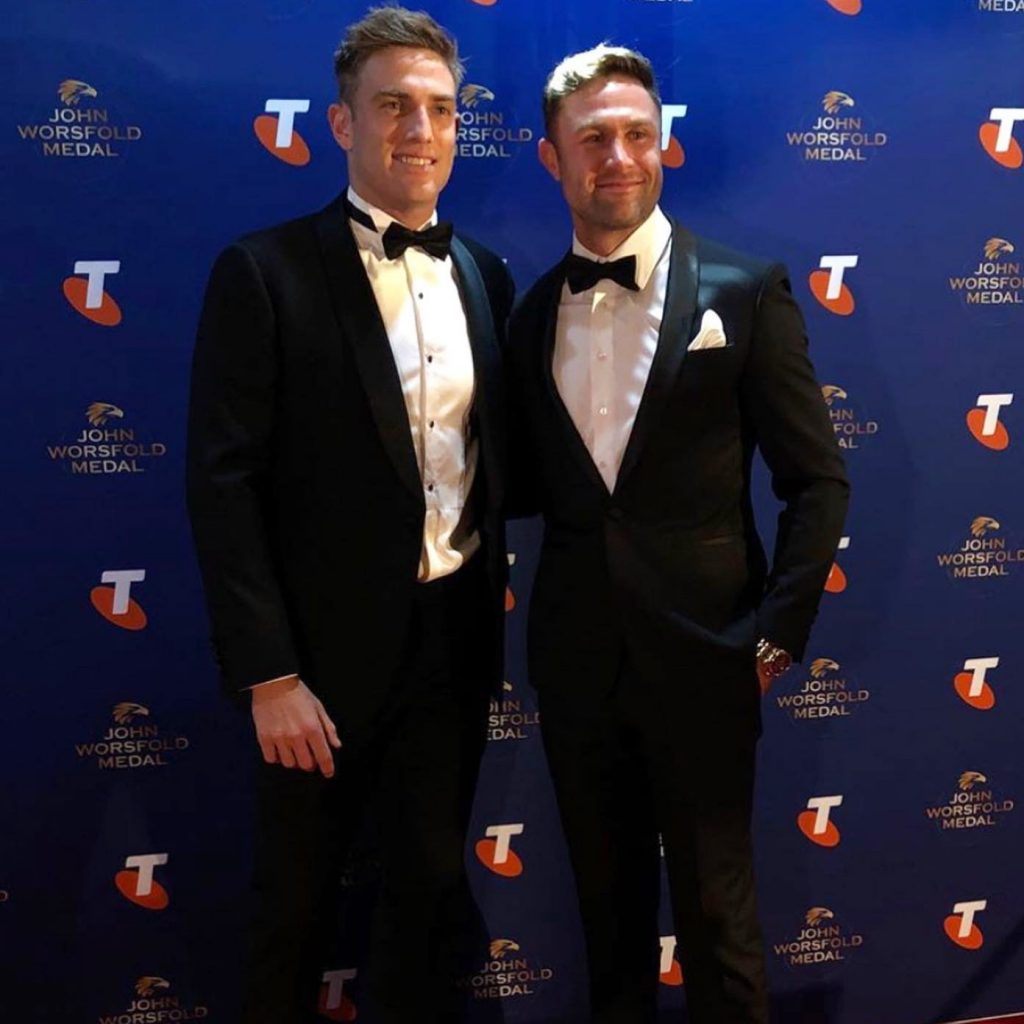 If you have a black-tie wedding coming up, an awards night or a day out at the races with the lads. Let Suit Vault suit you up like we have done for these all Australian’s. We work with you and making sure you feel comfortable whether you a hiring a jacket, suit or tuxedo we will guide you into something that is modern and fitting for the event you are attending. Our job is to have you heading to your event looking good and feeling great in whatever suit, jacket, or Tuxedo you choose to hire from us on the day.

We are currently operating on an appointment-only basis, appointments can be booked here.